If you are looking to bump up your chamber’s email open rates, increase member engagement and make a little non-dues revenue in the process, look no further. Kurt Gillins, IOM, Vice President of Programs and Communications for the Valparaiso Chamber of Commerce is doing something fresh and fun, and it’s yielding excellent results.

When Kurt Gillins attended his state chamber conference last year, he was intrigued by a comment that a fellow chamber executive had made about using video in the chamber’s newsletter.  It was a fresh idea and he thought it might be worth a shot to help improve his newsletter’s open rates and increase member engagement.

Valparaiso is essentially a suburb of Chicago. The Chamber has just shy of 800 members and Kurt knows they live busy lives. It can take a small miracle for a chamber newsletter to cut through the clutter of their email inboxes and get noticed.

Kurt did a little research on what other chambers were doing for video newsletter ideas, but didn’t really find a model that he thought would connect with his audience, so he came up with his own.

He needed a hook. He wanted to deliver something that would get members to open the chamber’s emails and keep coming back for more. He came up with a series of simply formatted videos that inform, engage and entertain his members.

For Kurt, adding some humor and not taking the production too seriously was a priority.

“Who you see in that video is me, that is my personality. Sarcasm runs deep within me and I have no problem making fun of myself,” Kurt will tell you.

Kurt’s magic formula of information, dry humor and a little self-deprecation was a hit. The first video went out in the September 2016 newsletter and members loved it. 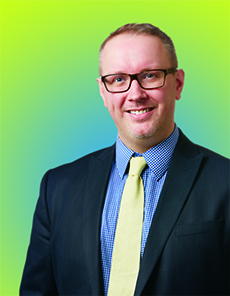 “At every event we go to now members ask what we’re going to do next,” Kurt says.

Valpo Chamber members love the format. They tell Kurt that it’s easy for them to get information about what’s happening with the chamber and it’s fun to watch.

Members are talking about the videos at events and online.

“It’s not just about the information,” says Kurt.  “It’s about them feeling like they are part of something that is bigger and that is fun to be part of.”

And the results aren’t just anecdotal, the chamber’s open and click through rates have almost doubled. They are now at a 41% open rate.

One added bonus that Kurt didn’t count on was potential sponsorship value. After the second or third video was released, members started approaching the chamber to see if they could sponsor the videos. It was completely unsolicited. They have now added a video sponsorship option into their tiered membership structure.

Check out the unintentional product placement in the November 2016 video. Might it have sparked some sponsorship interest?

The videos don’t replace the monthly newsletter, they are a featured part of it.  The video is placed at the top, and the newsletter goes out to the membership through Constant Contact. Members can watch the video, and if they want more information, they can scroll down to read the traditional email and click on the links.

The chamber also shares the video on its social media accounts. That’s where the majority of the viewership is happening. The videos are getting between 1200 and 1800 views each, organically, without paying for boosting.

There are a lot of reasons that this format is working so well for Kurt and the Valpo Chamber, but a few things stand out.

First, it’s authentic. Kurt is being Kurt and that’s what members love. His style is personable, light-hearted and fun. He is connecting with members who know him, but his approachable style is also attracting members who are not as active in the chamber. By showing up in their email inbox each month, Kurt is creating a personal bond with every member who watches the videos. Even if they don’t know him, they feel like they do. That can go a long way to increase member engagement and help members who don’t have time to attend events still feel connected to the chamber.

Another reason it works is that it’s a quality production. The video and sound quality are excellent and the content he is delivering is of value. This is a two camera shoot and Kurt is using a member who does video production to produce these for him, but you could pull this off on your own. If you were going to do that, I would recommend a one-camera shoot using your SmartPhone, a microphone and a tripod. Our DIY Video course can help if you want some pointers.

It’s also concise. As one of my former co-workers in the newsroom use to say, “leave them wanting more.”

Kurt’s Advice to Other Chambers

Put it out there and don’t take yourself too seriously.

“We didn’t know it was going to work, but I was willing to try it,” he says.

Kurt also notes that it doesn’t take much time to pull the video together each month, but keeping it creative can be a challenge. It’s worth taking a little time to think about what the “hook” is going to be because that is what gets members to watch and keep watching.

Try our Member Nurture Videos customized with your chamber logo!

We have 12 videos to choose from, plus a Welcome to the Chamber video for new members.

Order one video or all of them. They’re affordable. Videos customized with  your chamber logo are $59 each. Or you can get a 12-pack for $499.  Get them sponsored and we’ll add your sponsor’s logo for no additional cost.

Click here for more information and to see the videos.